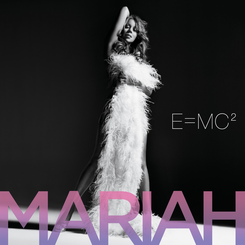 E=MC² was generally well received by music critics, with many complimenting the record’s broad genre influences, and musical and production styles. The album debuted at number one on the US Billboard 200 with opening week sales of 463,000 copies; the highest first-week sales of Carey’s career. It opened inside the top-five on the albums chart in Australia, Canada, Switzerland and the United Kingdom. The album achieved worldwide sales of over 2.5 million copies worldwide. It achieved strong worldwide charting, peaking within the top five of the singles charts in Italy, Japan, New Zealand, Switzerland and the United Kingdom. “Bye Bye” served as the album’s second release. Although hailed by critics, and expected to have achieved large commercial success, the song stalled at number nineteen on the Hot 100, and managed to chart weakly internationally. Both the third and fourth singles, “I’ll Be Lovin’ U Long Time” and “I Stay in Love” failed to garner success in any prominent music market.